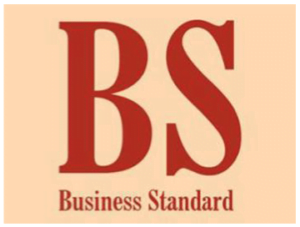 As Business Standard newspaper is one of the leading business class news presenters for the business readers at various parts of India. It has got many numbers of editorial offices in India. In order to build up an effective communication channel between these offices, the BSL has intended to integrate the video conferencing solution. Initially they had approached PeopleLink for connecting their 15 locations. Bandwidth was a major criteriaa for BSL; they wanted to achieve their video conferencing, under Master/Slave Server. Voice over Switching was also one of the criterions for BSL. Practically there was no possibility to have bandwidth allocated on a central site, so they had implemented the Master Slave architecture, to manage the bandwidth. Here the Master Server of BSL was located at Delhi and the Slave Server(s) were located at Mumbai. The editorial offices which belong to north India will login through the Master server and the editorial offices that belong to the south and west India would login through the Slave server. The four major USPs for the business needs of the BSL included: the master slave, low bandwidth, voice over switching and P2P. For conducting multiparty conferencing they could join through the MCU.

In the selection process, PeopleLink executives have showed a demonstration to the chief manger of BSL. As PeopleLink solution has embraced all the specifications that are given by the BSL, it was an easy task for PeopleLink to convince the chief manger and IT head to approve PVCS. With-in a short span of time, the chief manager and the IT head of BSL have got convinced with the solution and approved PO for 15 licenses. Later on they have also purchased 20 P2P licenses.

BSL implemented PeopleLink Video Conference solution after seeing the performance of the product through Data Card. Initially they started with an MCU, and implemented the same in their offices across Mumbai with this they were able to implement the technology which is portable, easy to use, suited to their requirement as well as budget.

Business Results achieved by the Client

With the aid of the PeopleLink solution, BSL is now capable of conducting, effective video communication among their editorial offices. They are now capable of conducting the conferences, within the low bandwidth, as they are now making use of the Master/Slave architecture, the conferencing can be done under low bandwidth. The editorial offices which fall under north India are logging in from the Master server which is located at Delhi and the editorial offices which are located in the south and west region of India are logging in through the Slave server which is located at Mumbai. They are now able to conduct P2P meetings between their managers, the P2P is nothing but the fact that every manger can have single party chat. If they want to conduct multiparty conferencing they can always shift for MCUs.